You are here: Twin Peaks Group > * View all Blog Posts > Getting to Know Your (Time-Driven) ABCs

Getting to Know Your (Time-Driven) ABCs

In my previous posting I praised Robert Kaplan and Michael Porter for applying Time-Driven Activity-Based Costing (TDABC) to uncover differences in the costs for total-knee procedures in U.S. hospitals and two hospitals in Germany and Sweden.

Their sample was admittedly very small, but the findings suggest that the leading culprit is lower productivity in the U.S.

However, the major point of their article in the September issues of the Harvard Business Review was to advance the benefits of TDABC to health care. 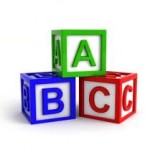 So, does their prescription to use TDABC make sense?

Before answering the question, let me summarize the method. (Kaplan and Porter describe it and illustrate it very clearly.)

The cost of looking after a patient along the healthcare continuum is calculated by multiplying the time spent at each step by the cost per unit of time associated with the step.

For instance, passing through radiology, the cost per unit of time includes compensation of the person delivering the service, as well as an appropriate fraction of the cost of that person’s supervision, the depreciation on the equipment and the facility, the cost of utilities, administration, etc.

Although the method appears to be complex, it is very logical and requires a description of the path of the patient through the system – something that is rarely well characterized but should be.

And, it turns out that software for applying TDABC to health care is under development by Acorn Systems. Thus, the prescription does indeed make sense.

Is the method likely to catch on? That’s more difficult to answer!

Despite some obvious advantages, particularly for costing low-volume products, activity-based costing (ABC) – not the time-driven version – did not win over industry. (I confess to being a leading proponent of the method while at Bell Labs. We developed insights into costs of AT&T products, but never succeeded in introducing a full-blown software system).

However, ABC was up against installed costing systems in industry, which were, and continue to be, better tailored to their respective environments than are costing systems in health care today. After all, you need to accurately measure profitability associated with a product or service in the for-profit world and to identify opportunities for improvement.

That has not been the case in health care where costs may be measured at the procedure or department level. Moreover, good ABC off-the-shelf software systems were not developed.

But the importance of properly measuring costs and outcomes in health care is only likely grow as the continuum of care expands with the advent of ACOs.

For example, I find it difficult to imagine how profits could be distributed among ACO participants without a shared understanding of an ACO’s outcomes and costs at the patient level. So, if a good costing software system appears, the development of ACOs will stimulate the use of TDABC, and the method will catch on.

Will it solve the cost crisis in health care?

Probably not. It will take more than TDABC to solve the crisis. But the Kaplan-Porter prescription promises to make an important contribution.

Providers committed to long-term success should test TDABC, taking their cue from Kaplan and Porter by trying it out with a subset of procedures. And I hope they will share their findings.

This entry was posted in * View all Blog Posts, Other topics in health care, Perioperative Systems-related. Bookmark the permalink.